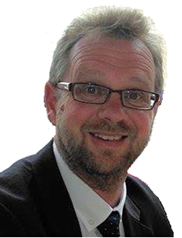 After gaining a PhD in tree physiology, Dr Martin Dobson worked in Forest Research (part of the Forestry Commission) for nine years before joining the Arboricultural Advisory Service. He started his own practice as an arboricultural consultant in 1997 and since then has regularly been instructed as an expert witness. He was an examiner for the ABC/Royal Forestry Society (Level 6) Professional Diploma in Aboriculture for 16 years. This is the premier professional qualification in arboriculture. Martin is a Member of the Expert Witness Institute and is a Fellow and Registered Consultant of the Arboricultural Association. Martin has a wealth of experience in dealing with legal cases and has completed hundreds of expert witness reports and represented clients in the County Court, High Court, Lands Tribunal Upper Chamber and in mediations. With a background in research, Martin has many scientific publications to his name and in-depth knowledge of a wide range of arboricultural issues.

Robert Toll has been an associate consultant with Martin Dobson Associates since June 2017. He gained a National Diploma in Forestry in 2002 and a Level Five Higher National Diploma in Urban Forestry in 2004. His arboricultural career commenced as a tree inspector at Northampton Borough Council and shortly after he moved to Coventry City Council as a Tree Officer. In 2006 he moved to Warwick District Council as Tree Protection Officer and in 2008 Robert took up the role of Tree Officer within the planning department at Hart District Council. This role included determining works trees applications, commenting on planning proposals, liaising with the public and providing arboricultural advice to other departments within the Council. Between 2014 and 2016 Robert was Tree Officer at Elmbridge Borough Council, Surrey, once again carrying out tasks such as determining works trees applications, commenting on planning proposals and liaising with the public. While at Elmbridge Borough Council he passed the Arboricultural Association’s Professional Tree Inspection course. In 2016 Robert left Elmbridge to practice as a consultant. He is a professional member of the Arboricultural Association.

Dr. Andy Moffat studied for a first degree in Geography and Soil Science at the University of Reading. He then undertook a PhD at University College London and Rothamsted Experimental Station. He was employed in the Soil Survey of England and Wales between 1979 and 1985 before joining the Forestry Commission Research Division. He was responsible for research on land reclamation and green infrastructure, soil sustainability and intensive forest monitoring.

Between 1997 and 2009, he was Head of Environmental Research Branch and then of the Environmental and Human Sciences Division before heading up the Centre for Forestry and Climate Change. In 2005 he was awarded the DSc and in 2007 he was granted the title of Visiting Professor at the University of Reading.

Andy also has significant experience in Urban Forestry and arboricultural research and co-authored the first practical guidance on ‘Urban Forestry Practice’ in Britain and ‘Benefits of Green Infrastructure’ report for Defra (2010). He holds Chartered Consultancy status with the Institute of Chartered Foresters.  He has been working closely with Martin Dobson as an arboricultural associate since leaving the Forestry Commission in March 2013.  He also works in his own right as an environmental consultant.